I will include the result from ITA Marix with each example, even though tickets cannot be booked through their site, as a reference to see how close we come to matching their lowest fare. (All fares will be converted to US$ irrespective of the currency used by the supplier.)

*Qatar Airways with return flight from Gatwick but arrival at Heathrow.

** All sites returned Qatar Airways as being the cheapest, except Mobissimo which only returned a fare from British Airways and nothing else.

Note:- If booked via the Qatar Airways website, this ticket would cost US$453.

Based solely on these two examples, the average rankings in terms of lowest fares found are:

1) Bestflights and Momondo with an average score of 2

2) Openjet with an average score of 3

4) Jetabroad with an average score of 4.5

So there you have it. It’s worth noting that in the second test, Bestflights and Momondo returned an even lower fare than that found by ITA Matrix. 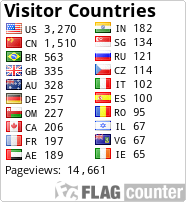